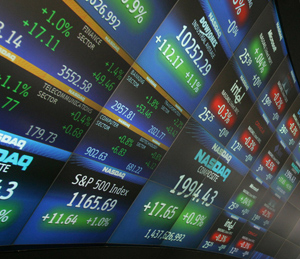 As we enter 2014 optimism is high that the recovery in economic growth in the United States will finally accelerate. Economic activity was lackluster for much of 2013, but strengthened as the year came to a close. Through the first half of 2013 U.S. gross domestic product growth averaged only 2.6 %, but during the third quarter GDP growth accelerated to 4.1 %, and early indications are positive for the fourth quarter. Businesses in the U.S. continued to build inventories in November, which will be a boost to economic growth in the quarter.

Certainly, the recent data has been strong enough to convince the Federal Reserve that the economy is finally strong enough to begin scaling back its monetary stimulus.  The employment picture continues to improve, which boosts household incomes. Higher household wealth, lighter debt loads and improved job prospects are causing consumers to spend more.

As a result, the housing market recovery continued and auto sales surged to six-year highs. The expansion of energy production in the United States, thanks to newer extraction technologies, has helped spur a revival in the manufacturing sector, creating jobs in both industries. GDP growth is improving in many other countries as well, which is good news for U.S. exports.

But the Federal Reserve is still purchasing $75 billion in Treasury bond each month, which is still a significant amount of support being provided to the U.S. economy. The Fed also reiterated the need to further stimulate the economy by maintaining short-term interest rates near zero for the foreseeable future.
As Federal Reserve Chairman Ben Bernanke said in his last scheduled news conference, "The economy is continuing to make progress, but it also has much farther to travel before conditions can be judged normal."

So if the economic recovery is still too weak for the Federal Reserve to revert to a more neutral policy, will the prospects of a rising interest rate environment in 2014 squelch the recovery? A primary driver during the recent expansion has been the recovery in the housing market, which is very sensitive to interest rates.

The Federal Reserve recognizes the main threat to the economy is the possibility of long-term interest rates rising rapidly if the stimulus is reduced too quickly. Already the yield on the ten year Treasury bond rose from 1.66% in early May to 3.04% at the end of the year. A gradual winding down of the Fed's bond buying program should prevent interest rates from rising dramatically, but the trend for 2014 is likely to be higher.
Corporate earnings could come under pressure in 2014. Profit margins are at record levels, but as the economy grows firms will eventually need to hire more workers. Add this to rising debt costs due to higher interest rates and profit margins are likely to shrink. So while the economic recovery will likely continue, growth may not accelerate as many expect.

Overseas, growth in many countries is improving as well, especially in the U.K. and Germany. Growth is still the strongest in the emerging markets, where as a whole GDP growth is expected to be over 4% in 2014 versus about 2% in the developed world. China will likely grow GDP 7%, which would be the envy of any of the world's industrial economies.

Emerging Countries include four of the world's five largest countries and account for roughly half the global population. Young workers are a much higher percentage of the population, and 2 billion citizens are becoming middle class consumers. These demographics are driving a transition of many emerging economies from being dependent on the price of commodities to economies that are increasingly consumer-driven, which will spur global growth going forward.

The Stock Market
Stocks rose in most of the developed world in 2013, including in the United States. On a total return basis the S&P 500 Index, a benchmark of mostly large companies, returned 32.3%, its best performance since 1997. The Russell 2000 Index of small companies rose 38.8%.
These returns came as a surprise to even the most optimistic market observers considering the headwinds the market faced throughout the year. Economic activity was hindered by political gridlock that almost caused the U.S. government to default on its debt, brought about automatic spending cuts thanks to the sequester, and finally resulted in a two-week shutdown of the government.

The performance is even more impressive given that the corporate earnings of companies in the S&P 500 Index only grew between 5.5% – 6.0% for the full year. This disparity between the stock price appreciation and the earnings growth of the same companies resulted in an expansion in the Price / Earnings multiple (P/E), a commonly used market valuation measure.

According to David Kostin, equity strategist at Goldman Sachs, at the end of 2013 companies in the S&P 500 traded at 15.4 times the forecasted earnings for 2014, up from 12.7 a year ago. The P/E level has now expanded every year for the past five years.

Mr. Kostin notes that there does not seem to be much room for the market's valuation to go much higher, considering the S&P 500′s P/E multiple has exceeded 17 only twice since 1976. One lasted from 1997 through 2000, which ended in the collapse of the technology bubble; the other was a four-month period from 2003 through 2004.

The Federal Reserve's stimulative monetary policies were the biggest factors behind the P/E expansion in 2013. The Fed's bond repurchase program is intended to keep interest rates low, which makes it cheaper for businesses and consumers to borrow and then spend on goods and services. Lower interest rates also cause investors to seek a higher return by investing in riskier assets such as corporate bonds and stocks. So the Federal Reserve is also supporting higher asset prices by creating demand for riskier assets.

As the Fed reduces its bond buying program, interest rates are likely to trend higher, potentially removing the support that has kept the price of stocks moving higher. So if stocks are going to post another strong year in 2014, corporate earnings growth is going to have to stay strong. But 2013 was the third year in a row corporate profit growth slowed, and this trend is likely to continue in 2014 as higher labor costs and higher debt costs squeeze profit margins.
Historically an environment of rising stock valuations combined with rising interest rates and shrinking corporate profit margins is not favorable for the stock market. Granted, today this scenario comes with many caveats. Even though the Federal Reserve is tapering its bond buying program, its policies are still stimulative. While rates are rising they are still at low levels when compared to historical averages. Factors such as global outsourcing of labor and low corporate taxes may keep margins higher for a while longer. Finally, while stocks appear expensive versus historical averages, they are still attractive versus other investments such as bonds.

But with the stock market near record levels and signs of market speculation increasing, it seems that a degree of caution is warranted. Stocks may continue to rise in 2014 as economic conditions improve, but considering the headwinds investors could experience greater volatility and more moderate returns in 2014.

Overseas, while developed market stock performance was mostly strong, performance in the emerging markets did not keep pace. The MSCI Emerging Markets Index was down 2.6% in 2013. But we expect global growth to strengthen in 2014, and these emerging economies will benefit. There is a growing middle class of consumers in many of these countries who continue to demand new cars, computers and cell phones. Emerging countries may provide an attractive investment opportunity considering the superior growth expectations combined with less expensive stock valuations.

DISCLAIMER - This is not an offering or the solicitation of an offer to purchase any one of Fusion's global equity strategies. Any such offer or solicitation will only be made to qualified investors by means of an Offering Memorandum or Investment Management Agreement and only in those jurisdictions where permitted by law. Material market or economic conditions affected the results portrayed and no assumption should be made that recommendations made in the future will be profitable. Past Performance is not indicative of future results.

The information presented is for informational purposes only and are not to be used or considered as an offer or a solicitation to sell or buy securities, investment products or other financial instruments. This report is prepared for general circulation. It does not have regard to the specific investment objectives, financial situation and the particular needs of any specific person who may receive this report. You should independently evaluate particular investments and consult an independent financial adviser before making any investments or entering any transaction in relation to any securities mentioned in this report.